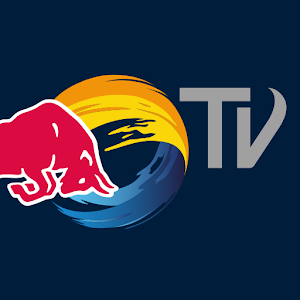 Red Bull TV gives you free, front row access to a world that’s Beyond the Ordinary.

● Meet athletes, artists, dancers, influencers, and pioneers at the forefront of innovation – Icons, teams, competitors, and rising stars from countries around the world.
● Witness competitions, performances, and amazing feats of achievement.
● Visit cities around the world and trek to some of the most remote places on Earth.
●The only things you WON’T see on Red Bull TV are commercial breaks.

MUST WATCH DOCUMENTARIES
● Watch the life stories of your favorite artists Divine and Nucleya
● Get inside the minds of CS Santosh, Emiway Bantai and Chef Zac

FORMULA 1
● Previews, recaps, and highlights along the International Formula 1 Grand Prix Tour
● Exclusive content with two of the hottest teams in all of F1: Red Bull Racing (Austria) and Scuderia Toro Rosso (Italy)
● Watch F1 cars conquer never before imagined terrain, including the high desert, mountain snow, and city streets around the world

DRIFT: Drift Masters World Championship
● The top drivers from 20 countries compete in six events in stunning European locations
● Throttle, brakes, gears, clutch, and steering wheels are pushed to the limit to produce some of the most white knuckle oversteer racing on the planet