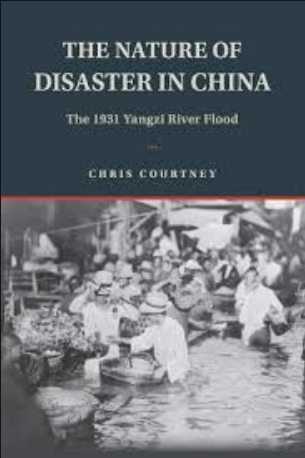 In 1931, China suffered a catastrophic flood that claimed millions of lives. This was neither a natural nor human-made disaster. Rather, it was created by an interaction between the environment and society. Regular inundation had long been an integral feature of the ecology and culture of the middle Yangzi, yet by the modern era floods had become humanitarian catastrophes. Courtney describes how the ecological and economic effects of the 1931 flood pulse caused widespread famine and epidemics. He takes readers into the inundated streets of Wuhan, describing the terrifying and disorientating sensory environment. He explains why locals believed that an angry Dragon King was causing the flood, and explores how Japanese invasion and war with the Communists inhibited both official relief efforts and refugee coping strategies. This innovative study offers the first in-depth analysis of the 1931 flood, and charts the evolution of one of China’s most persistent environmental problems.